Miles Toland grew up in Santa Fe, New Mexico, where the iconography of the Southwest fed his consciousness and became an innate part of his visual vocabulary. He received his BFA from Cornish College of the Arts in Seattle and has gained notoriety for his photoreal, graphic style that plays with themes of awakening and transcendence. He often works on wood surfaces, incorporating the grain with mandala design elements and intimate portraits. Toland has been commissioned for large scale public art on multiple continents and his work is featured in a street art book entitled, Wastelands.

For Julian Vadas, art is an extension of meditation. He applied himself to rigorous study at SUNY Potsdam where he received his degree in painting and then spent subsequent years in remote villages in India and the Amazon, traveling and exploring his spiritual practice.  When he came back to painting, he developed a style he calls “elaborate organic abstraction,” subtle, translucent layers that recreate a wordless state of being. “The brain wants to recognize, but I want to put that impulse on pause.” His work found enthusiastic reception in the National Museum of Suriname, and exhibitions in Italy, Morocco, and Turkey.

The two artists connected in Rishikesh, India in 2016 and later, traveled to Delhi together. They realized they were approaching similar ideas, but from opposite directions. “I knew I wanted to collaborate with someone who has a really different mind,” Toland says. “The intention was identical, but the manifestations of that intention were very distinct.”

It surprised both of them how well their styles fused; Vadas is all about freeing the brain from notions of narrative and identity where Toland grounds himself in the story or character first, and then breaks the rules of reality. Toland is meticulous in planning and execution, whereas Vadas’ Zen-like, observational approach means he has little sense of the end result. Perhaps even more remarkable is how tightly they align from a craftsmanship perspective. Both artists are driven by details, share an uncanny sense of rhythm, gravitate to the complex and organic, and harmonize their use of color.

When Vadas moved back to Nevada City, The Chambers Project approached them about a duo exhibit that featured more collaborative paintings. The show is called Immersed because the aquatic theme resurfaces throughout, and because the months leading up to the show have been an all-encompassing process. “Miles and I met while we were both immersing ourselves in art and India on separate trajectories that wound up overlapping,” Vadas explains.

Brian Chambers, founder of the art space in Northern California that highlights modern psychedelic and surreal art, observes, “Watching Miles and Julian discover their shared process has been fun and exciting. Their backgrounds and extensive travels together make this show feel quite cohesive and I’m really looking forward to being immersed in it.” 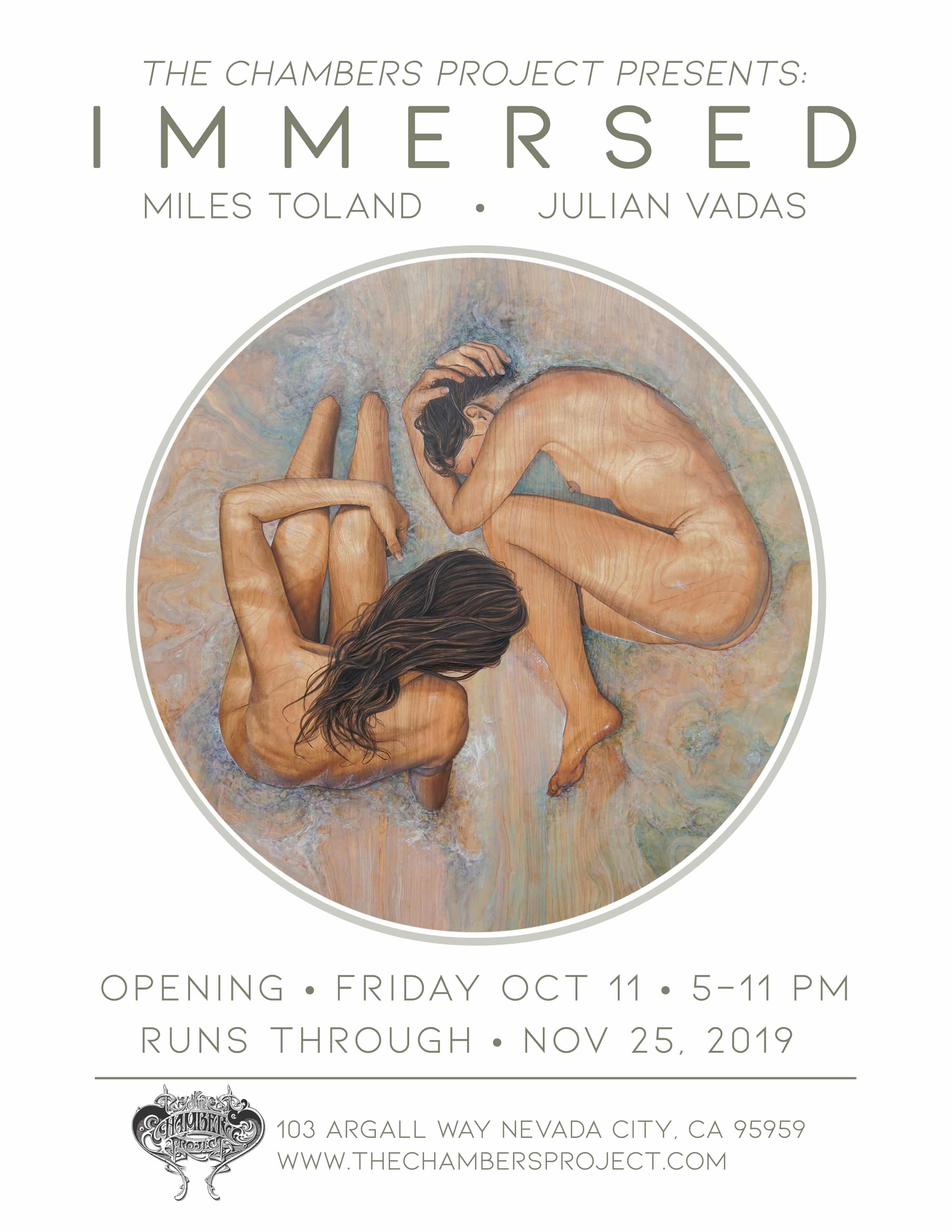