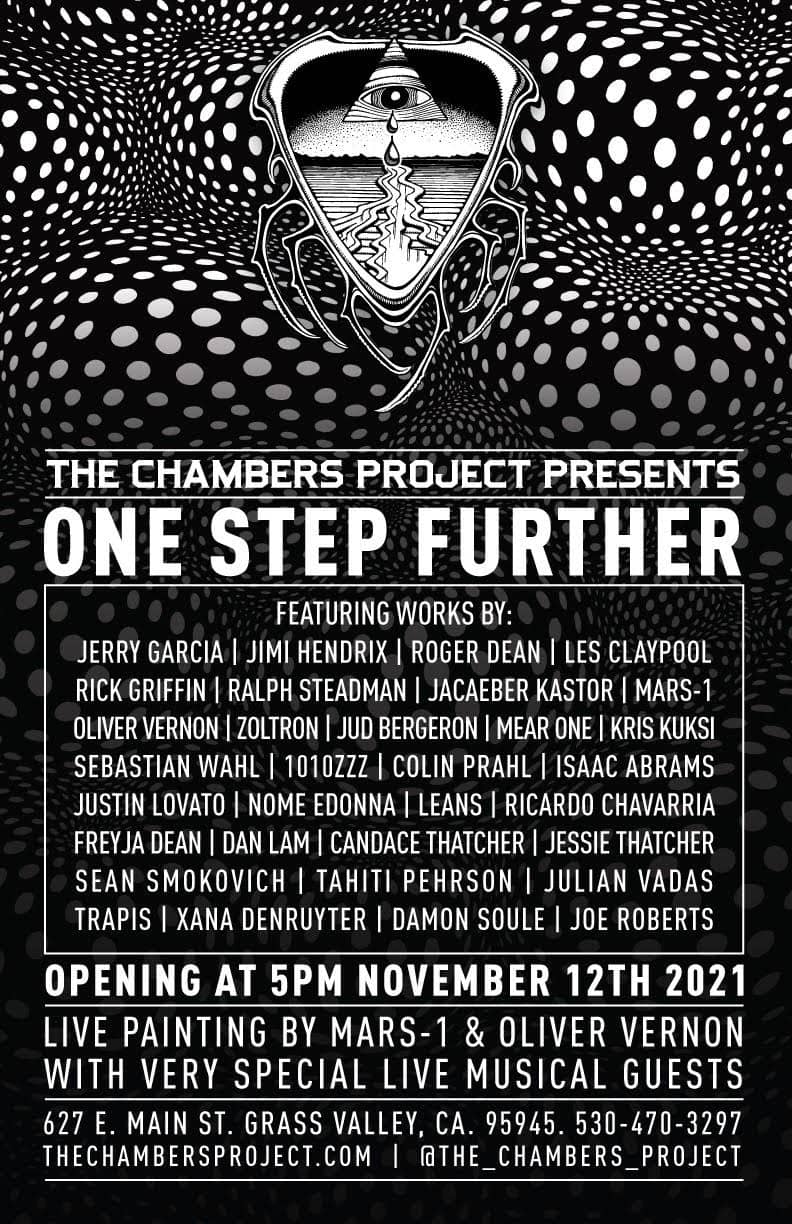 If there was ever a seminal moment in the history of psychedelic art, “One Step Further” – the inaugural group show at the new The Chambers Project space – is it. On November 12th, the gallery will become a professional and serious refuge, a sanctuary of credibility for New Psychedelia in a chaotic art world.

The exhibition represents the first public showing of what is considered one of the most important collections of psychedelic art in existence. The Chambers Project has partnered with Towr Media to provide a state-of-the-art live stream gallery experience as well as art projections on the external walls of the new building.

Curator Brian Chambers has firmly staked his claim in the history of the genre by showing treasures from early rock music and psychedelic art: rare paintings by rock gods Jerry Garcia, and Jimi Hendrix, and original works by genius Fillmore poster designer Rick Griffin. Spectacular canvases from contemporary artists will immerse spectators in visionary landscapes of tumbling colors and shapes, toppling through space and, at times, spilling from the frames.

Chambers said, “The show ties the contemporary psychedelic world to the godfathers of the scene. A blend of the new school and the old school. It’s a celebration of all the major influences that have combined to shape new psychedelia.”