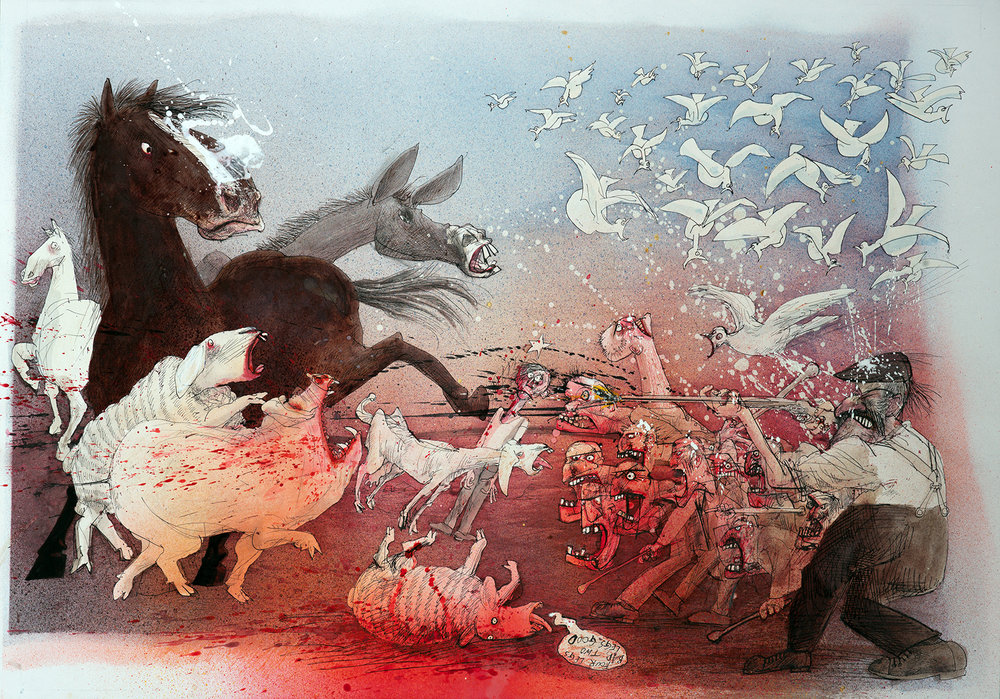 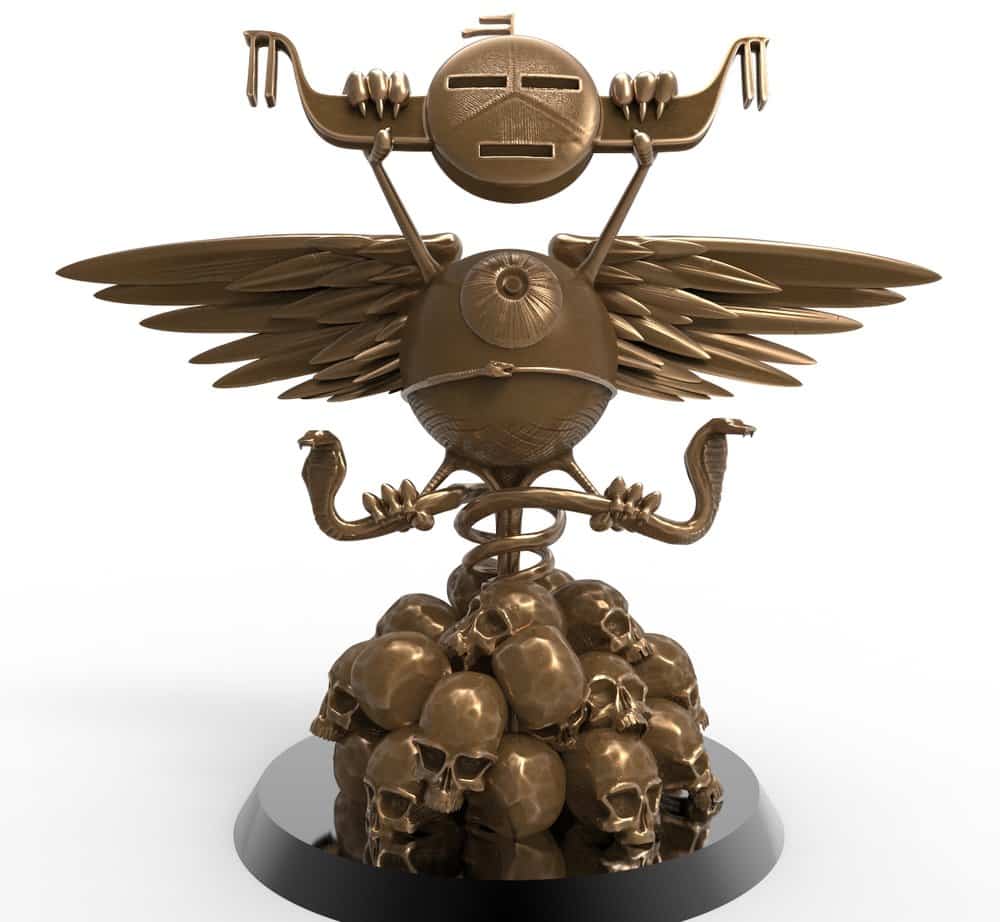 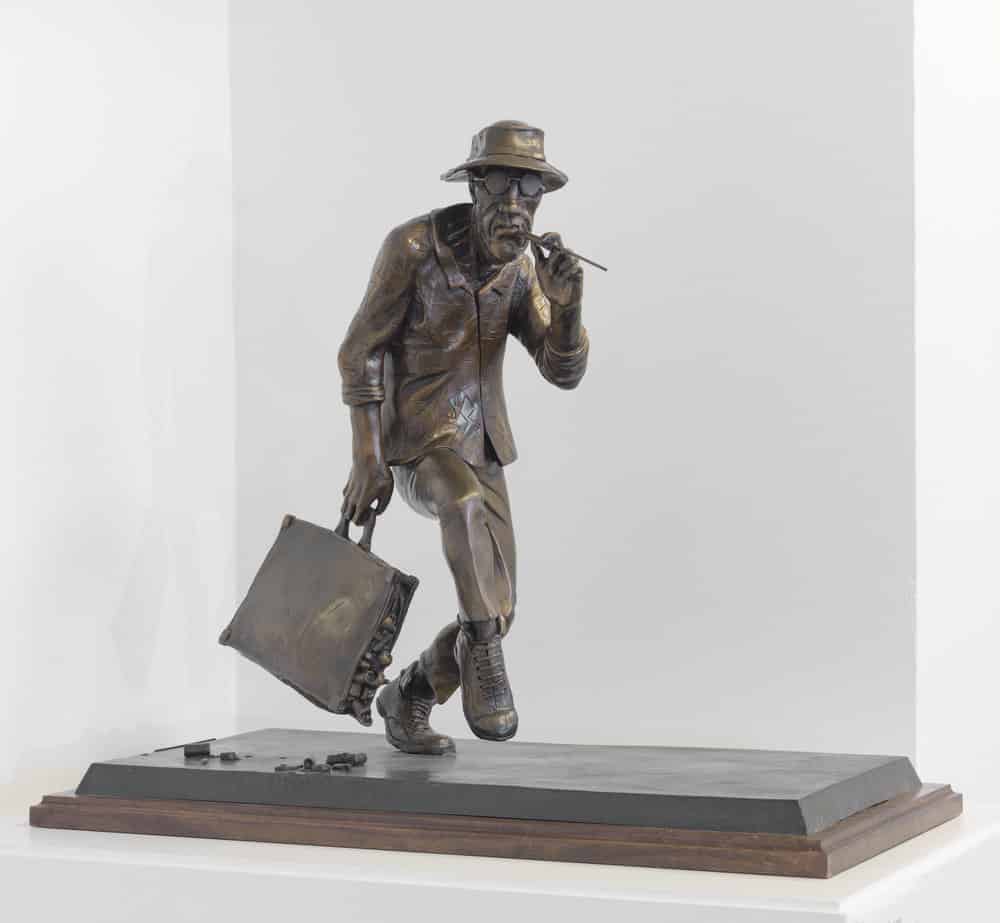 As lifelong fans and admirers of Ralph Steadman, Alexander and Chambers are honored to present a number of original pieces by the artist including sixteen works on paper (many of which are the iconic originals from Fear and Loathing in Las Vegas). Steadman, creator of Gonzo journalism and one of the most important illustrators of the 20th century, is renowned for his scathing and unforgiving caricatures of public figures. The remarkable artworks that will be shown span the artist’s entire career and embody the best of his artistic ability. Making a special appearance will be a life-size bronze rendition of Steadman’s famous illustration, Vintage Dr. Gonzo, sculpted by Jud Bergeron. Steadman worked closely with Chambers and Bergeron to realize the project, even posing as Hunter S. Thompson in order to get the right stance for his longtime friend and collaborator.

Rick Griffin, a pioneer of the psychedelic concert poster and underground comix movement, will also have a significant presence in booth A02. Among his featured artworks will be the original masterpiece Hawaiian Aoxomoxoa, which was designed for a 1969 Grateful Dead concert series. Arguably Griffin’s most coveted work, this historic drawing offers a rare glimpse into the psychedelic art era of the 1960s. Designed by sculptor Jud Bergeron, Griffin’s one and only bronze, Soundproof Eyeball, will be unveiled for the very first time during the fair. Standing at fifteen inches tall, the sculpture incorporates the artist’s signature flying eyeball initially seen on a 1968 poster created for headliners Jimi Hendrix, John Mayall and Albert King. 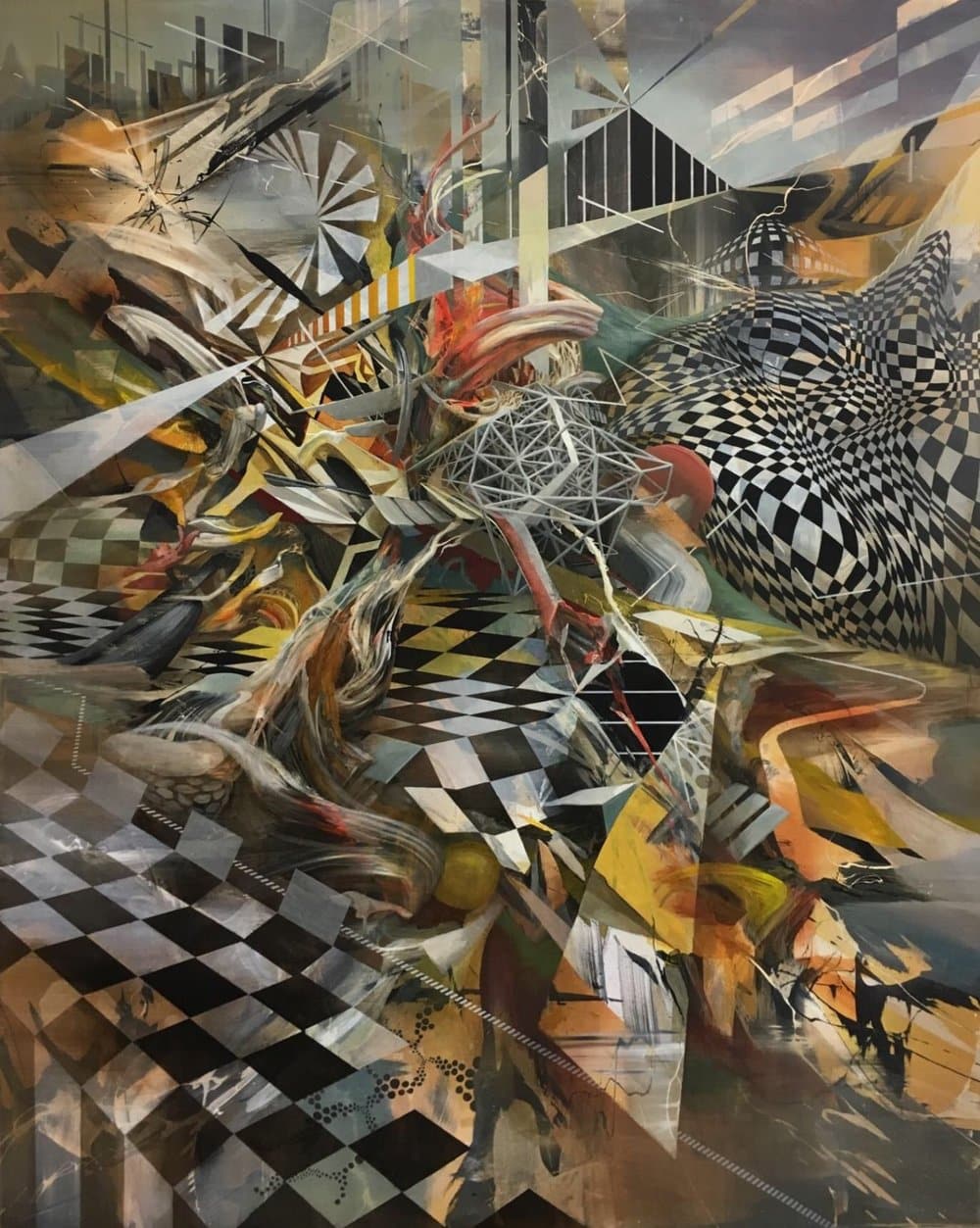 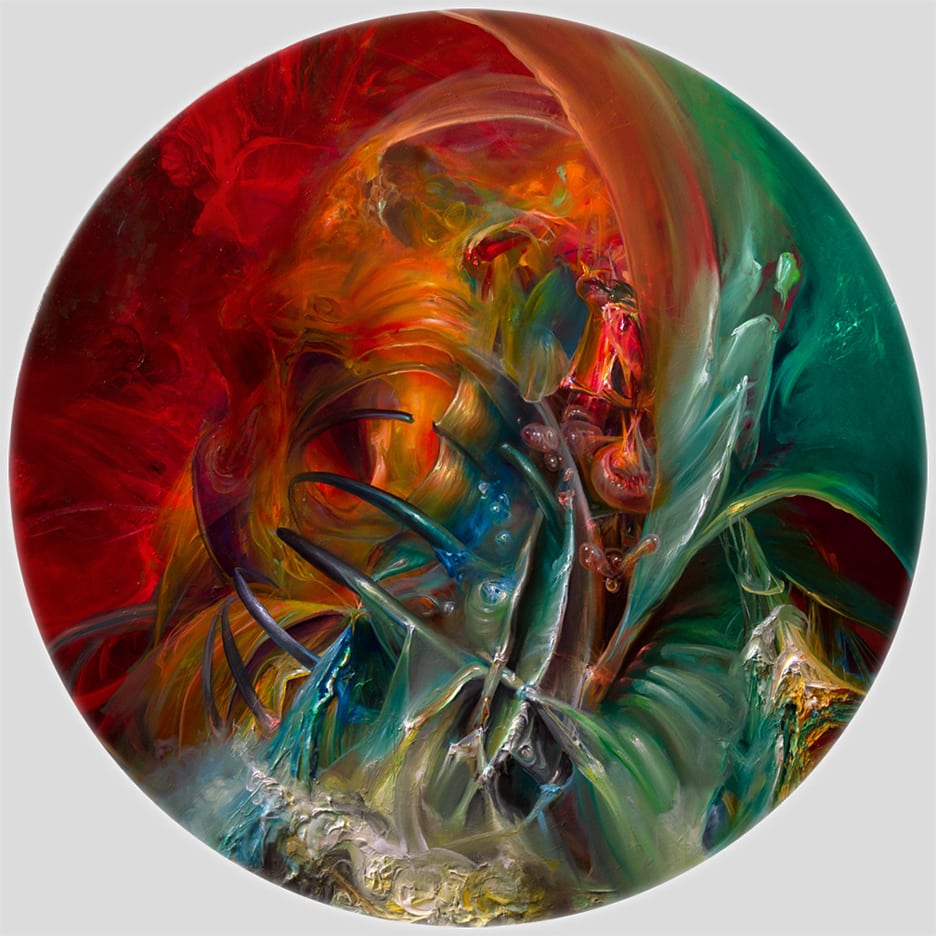 In keeping with the gallery’s commitment to stretch the boundaries and definition of fine art, Alexander Chambers will also exhibit a number of diverse, talented abstract artists and is pleased to offer four new, large-format works and an installation from Oliver Vernon. The artist, who formally trained at Parsons School of Design in New York, constantly breaks the rules of perspective, depth and color, allowing his paintings to delicately explode out of the canvas. Seamlessly combining geometric shapes with surreal elements, Vernon’s invented cosmic worlds are an optical roller coaster, moving the eye into and out of dynamic visual planes.

Hot on the heels of his first sold-out, solo show at Last Rites Gallery in New York, must-see, emerging artist CT Nelson will be making his Miami debut with Alexander Chambers at Scope. Nelson describes his work as Non-Objective Realism rather than abstraction, which gives his paintings an eerie, yet ethereal quality. Dreamscapes of rich color and texture create an incredible tension between beauty and grotesque as unnerving, biomorphic forms float in sinuous tangles of line, forming new worlds that at once feel real and imaginary.

About the Fair– Scope Miami Beach returns for its 16th edition, featuring 125 international exhibitors from 22 countries and 57 cities. The fair will welcome over 50,000 visitors over the course of 6 days. Amidst an unprecedented outpouring of critical acclaim from press, curators and collectors, Scope Miami Beach is, once again, poised to lead the charge for the emerging, contemporary art market.

Thanks to everyone who visited Scope Miami, we had a blast! For current availability on artwork, please contact us. View the Scope Exhibition on ARTSY